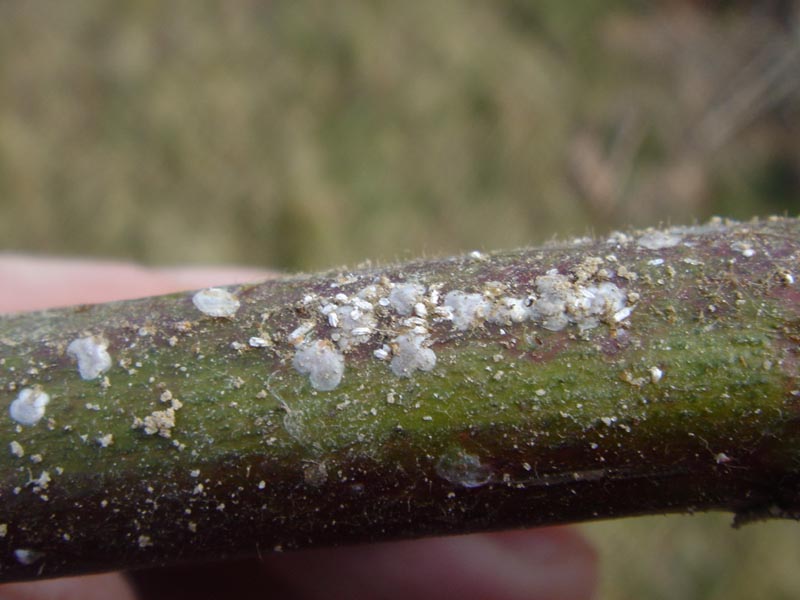 I. Introduction: This insect has a global distribution, and is commonly seen on Rosa and Rubus.  Kosztarab (1996) reported that in "may cause serious damage and death in raspberry, blackberry, and roses."  The scale cover of the female is white or greyish-white, and 1.5-2 mm in diameter.  That of the male is much smaller, and elliptical (see larger image).

II. Biology: This armored scale overwinters as eggs beneath the maternal female's test or covering.  There are 1-2 generations in the northeastern states, with more further south. Eggs hatch in late May or June in New York; phenology needs more work in the southern states.  Crawlers (first instar nymphs) were reported in Ohio in mid-late July, and in mid September (Kosztarab 1963).

For control, apply a dormant or horticultural oil to suffocate overwintering populations.  Spray when temperatures are above 50 degrees F.  If insecticides are needed, apply when crawlers are active, in early and mid June, and in mid-August.   See Virginia Tech factsheet for more information and control timing.